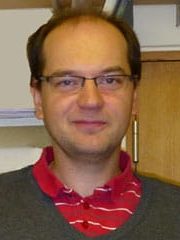 Michal received his MSc in Telecommunications at the University of Science and Technology (AGH) in Krakow in 2003. That year he joined the School of Computing Sciences (CMP) at the University of East Anglia and began a PhD titled “Wireless capsule endoscopy video analysis”. He has worked as a research assistant on a research project sponsored by Buhler Sortex and later on the EPSRC grant titled “Illuminating Colour Constancy: From Physics to Photography”. In 2014, he became an Independent Research Fellow. Since 2016, he has been a Lecturer in Computer Science at CMP, UEA.

Michal has been involved in researching areas of colour science, physics based vision, medical imaging and machine learning. He is involved in several ongoing projects, links to which can be found below: